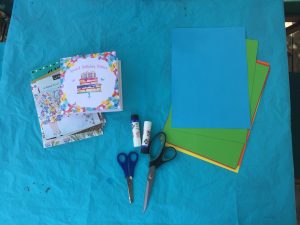 It had recently been my birthday, and I was about to recycle some birthday cards. But it struck me that some of the designs were really pretty and it seemed a shame to put them straight out. So I thought I would do a craft activity with my preschooler to make use of the lovely cards. 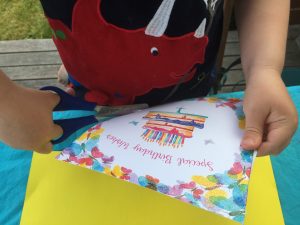 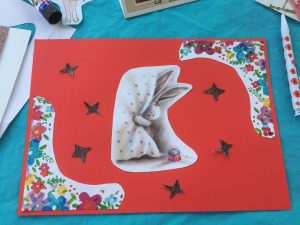 My initial idea was to make some new birthday cards with the pictures from the old ones and this is what I suggested to my preschooler. But he was having none of it, and wanted to make pictures instead…so that’s what we did (though I would still like to try the card idea!). I have to say, it was quite fun and I enjoyed making my picture. A lot of effort went into procuring the cake for my son’s picture, and I think that tired out his scissor hand…so we improvised and ended up drawing the rest of the picture. Good fun, and great to use the cards before they got thrown out! 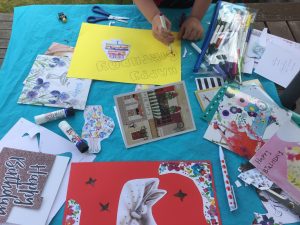