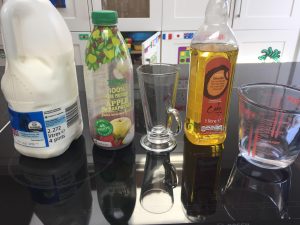 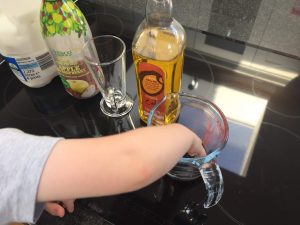 Sometimes when I set out to do an experiment with my 4yo, I have a fixed idea of what we will do. My 4yo often has a slightly different idea, and to be honest, in the interests of scientific experimentation I like to go with his ideas (within reason!). For this experiment I got out several liquids – milk, juice, oil and water – and thought we would see what would happen if we added the same amount (50ml) to a glass carefully…I was anticipating nice layers. I should have guessed that my son would want a spoon and a good bit of mixing. But that’s ok…we just learnt different things! 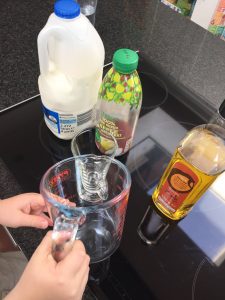 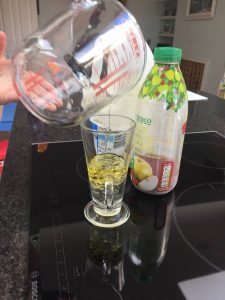 I first got him to identify the liquids (he said he needed his hands to identify the water!), and then we measured out the water and oil and put them in the glass. Even with a good bit of mixing here, they stayed separate – see this excellent link. Once the milk was added, that was it for the water – the milk immediately mixed with the water. But my 4yo was fascinated that the oil stayed on top despite his best efforts. 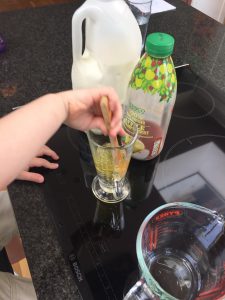 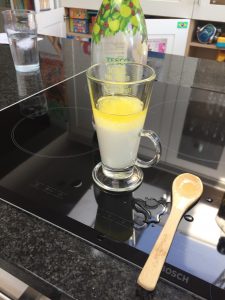 Once we added the juice (apple and raspberry), it changed though…the juice and the milk curdled and formed globules within the oil. My son thought this was both disgusting and super cool! 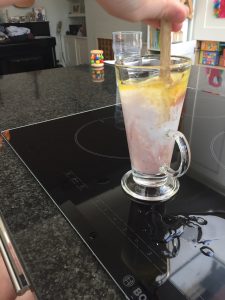 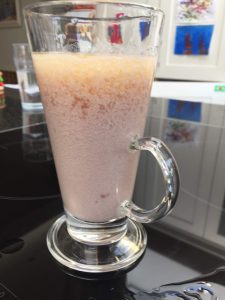 We left the glass for a while to see what would happen, and this was the result… 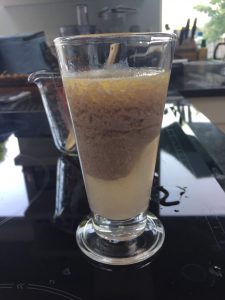 We decided not to drink it!