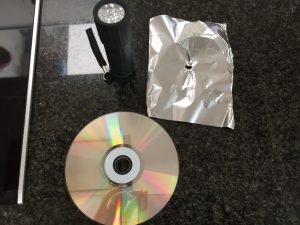 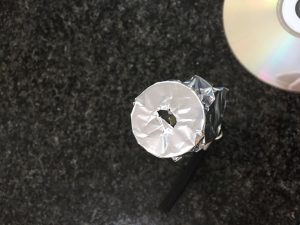 This simple experiment is a great way to teach young children that white light is made up of a spectrum of colours. We used the shiny side of a CD, a torch and a piece of foil with a small hole cut in it. First, we experimented with putting the foil over the torch, holding it on the diagonal and seeing what happened to the light beam on the CD. We saw a beautiful segment of rainbow! 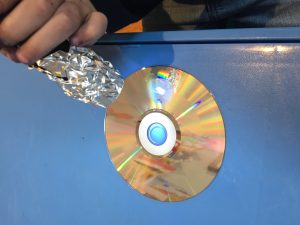 Next we tried removing the foil from the torch and seeing what happened. The result was beautiful – a whole disc of rainbow colours! 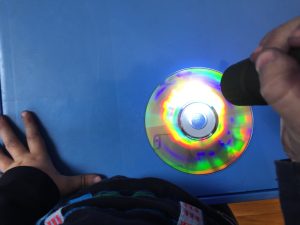 The science behind it…

White light is in fact composed of a spectrum of colours – encompassing all the colours of the rainbow. A prism will split white light into its spectrum – as discovered by Isaac Newton in 1666. The surface of the CD is covered in little pits, which cause each colour of light to reflect at a slightly different angle – producing the spectrum of colours. 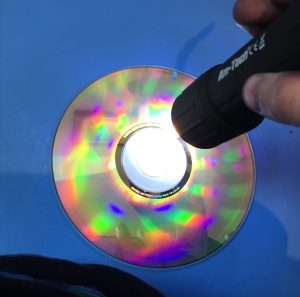